School officially started yesterday. It was mostly opening ceremonies, so lots of bowing and congratulating. Very different from how we handle the first day of school in the states. Here, I would probably feel a greater sense of pride for my school. But, before I talk about today, I should talk about what I have been up to! Earlier in the week was mostly shopping for stuff, getting sick, and playing lots of video games. I was relaxing and recovering to say the least. Tuesday, I banded together a group of local ALTs to go to Nikko (日光), a city famous for it’s rich religious history. It’s basically mountains covered in shrines. Breathtaking.

That day started out gloomy and ended in a mini typhoon. I wish I was kidding about the typhoon part. Luckily, being from Florida means I can drive in rough rainy weather. That was probably the hardest challenge to receive within two weeks of learning to drive in Japan. Nikko, despite the rain and cold, was stunning. We didn’t pay to go into the shrines, and one of them even had a building built around it while it’s in restoration. We all agreed to come back and do the full experience in the summertime. It was quite muddy and rainy. I still enjoyed myself. The company was good, too. On the way back we stopped for some delicious ramen on the highway. FYI, highways in Japan only wish they were highways. They still have stop lights and turn offs for restaurants and smaller streets. So, it’s more like an elevated state road, if you are familiar with the US driving system.

In Nikko, I was inspired to start a compilation of photos called “Judo Handbike.” The Japanese word for “vending machine” sounds very similar to “judo handbike” and so that’s our latest English-speakers joke. So, I’ve started to take all manner of pictures of these vending machines. They are everywhere in Japan! Usually in a group, but sometimes you find a lone vending machine in a residential area that is just all lit up and proud to be a vending machine. It’s great. Look for the start of that series soon.

Wednesday was a day for Karaoke. Or a night, rather. It was a blast! So much better in American karaoke, where it’s one stage in the middle of the bar and you drink until you are confident that you won’t make a fool of yourself (which normally results in the opposite effect). Here, you pay for private, soundproof rooms hourly. In our case, we went with the all you can drink for 3 hours.

This bridge is famous, it's said that if you walk over it with your boyfriend/girlfriend, you will get married.

I walked 45 minutes from my house to the karaoke place, so I drank and drank. In the end it proved to be quite pricey, but amazingly entertaining. I selected “Livin’ on a Prayer,” and “Forget You” (which became the uncensored version, of course). Now that I’ve tried Japanese karaoke, I’m never going back. So much win.

Of course, there was yesterday, my first day at school. It was a lot of waiting. I studied my Japanese textbook and the English textbook that the kids will use. The opening ceremonies for the ichinenseis (first years), was very elaborate! Of course, in Japan, elementary students apply for junior high schools, so there were many congratulations in order. Sakai also prides it’s self on having an excelled English program. The English teachers speak excellent English! I am amazed. After school was the first enkai (social drinking party) of the year. I was so shocked and honored when they had all the newcomers sit at the front of the room and presented us with flowers and then we did little speeches. I basically said “Thank you, I’m sorry and please speak to me in Japanese, but speak slowly.” Oh and “I’m excited to be here.” My usual plug. It’s true, though.

Anyways, time to cut this off. I need to run to the post office, and get a vase all before 9am! Today is Momo Matsuri with guests from other cities, tomorrow is hanami in Tokyo! I’m quite excited.

World heritage site, with building around it! 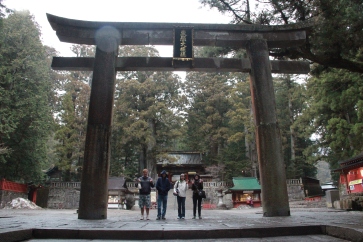 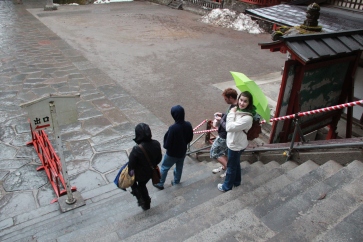 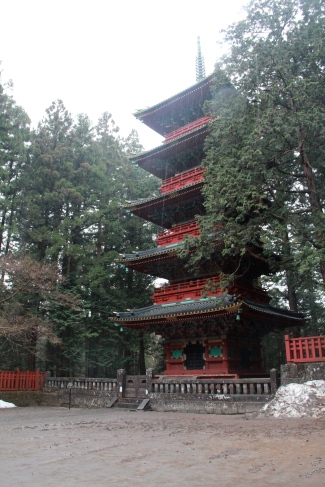 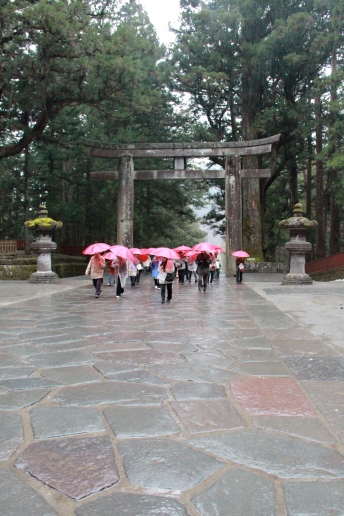 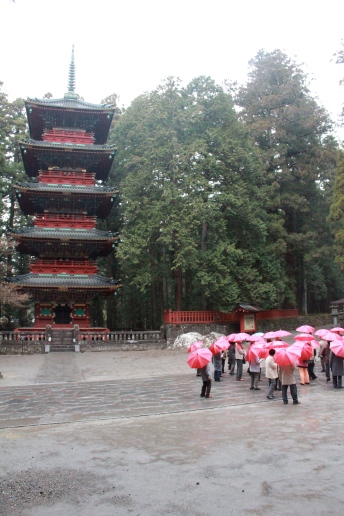 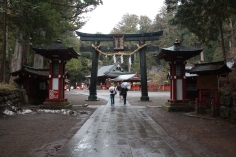 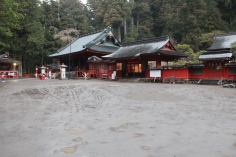 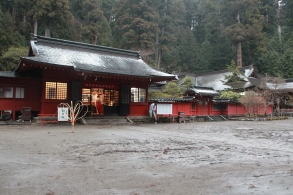 We really wanted to enter here. It was so green on the other side! 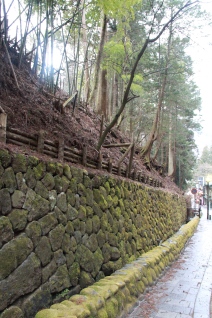 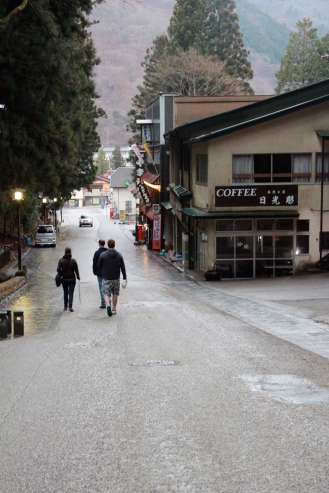 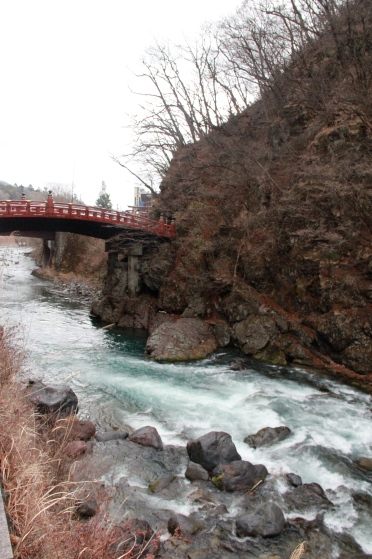 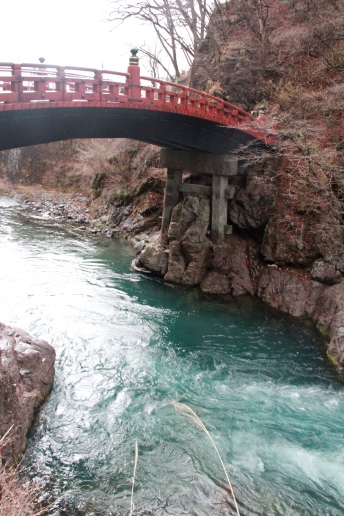 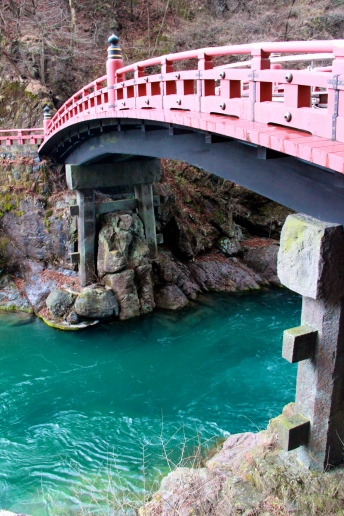 This bridge is famous, it’s said that if you walk over it with your boyfriend/girlfriend, you will get married.

7 thoughts on “The Calm Before the Storm”