In an effort for a change of pace and lone exploring, I decided to hop in my car on Sunday and head up to Gunma prefecture to see what’s up. My original goal was to explore Oze National Park, which spans 4 prefectures and is famous for sporting some fantastic fall colors. Earlier in the week, I checked to see what was going on in Oze and there were already reports of snowfall. But, never deterred, I decided to go anyways. Needless to say, both roads up into the mountains were already closed for the season. Not to mention, it seemed a winter storm was on the horizon, bringing in little snow flurries.

With no worries, I decided to take the pass to Nikko. I’m thinking to myself, how much snow could there really be in November? Well, I’ll tell you, it’s plenty. As I drove up the windy pass, the snowfall got harder and harder. Eventually, I could see it sticking to plants. Before I knew it, everything around me was coated in white. Bear in mind, I’m a Florida girl. The last time I saw snow was on vacation to Colorado in 2007. Despite being alone in my car, I was shouting in excitement.

Granted, if you’ve ever driven in snow, the excitement can only last so long. The higher I drove, the deeper the snow got, until signs appeared saying that chains were mandatory. I drive a light-weight eco-car with all-season tires. It looked like Nikko wasn’t gonna happen for me. Oh well. On with the exploring. 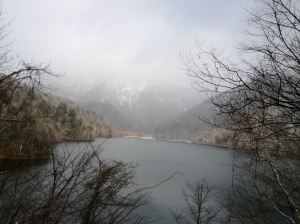 I turned around and descended down the pass, noticing stuck cars and accidents along the way. I think my decision to not brave the pass was a good one, especially alone, inexperienced in snow driving, and with no cell reception.

In the valley, it was clearly a bountiful harvest, with small farm vendors everywhere selling all kinds of food. I stopped to buy some pears and apples the size of my head. After that, I took the most interesting looking turns and drove all over the place. I’m happy to report I didn’t see any fast food restaurants all day- that’s how out in the middle of nowhere I’d managed to get.

As the sun has started setting at about 4:30pm, I headed back to Koga early, but not before finding a park to sit in and enjoy the sunset. Of course, my park was also a cemetery, but you know, you can’t win them all.

I wasn’t technically successful all day, but I still managed to have a ton of fun just wandering with my camera and fuel-efficient car. I celebrated the small achievements: finding substantial snow, chatting with the local farmers, driving roads seldom traveled, finding amazing photo ops, and spending some quality time on my own.

Next time you’re looking for an adventure, it might be as simple as getting in your car and just getting lost for a day. 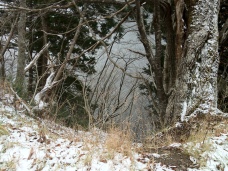 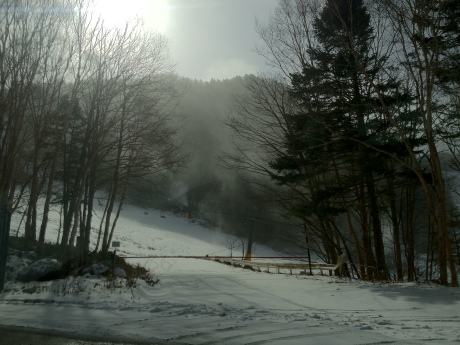