In preparing leave, a lot is happening. Most importantly, I have been going to see every doctor under the sun to make sure I am in good health. During the month of January, I saw five doctors! I’m not really a big fan of going to physicals, but I know they are necessary. Although I had so many appointments, I ended up buying an agenda book just to track them all. So, 1 flu shot, 1 pair of glasses and 2 cavity fillings later, I feel much older than my age and it looks like I am all set to go.

Going to see the eye doctor, Dr. Ross of Winter Park, was pretty humorous. After reading enough letters to make my head spin, it is explained to me that I see 20/20. This is such good news! Then there is a pause. “However, you know how some people are pigeon-toed? Well, that’s kind of how your eyes are.” So, you’re telling me that I’m cross-eyed? Lovely. When I report this back to my mother later that night she simply says “Yea, I can see that.” /facepalm. Fantastic, I feel like I’ve had brocoli stuck in my teeth for 22 years and no on has cared to mention it. After discussing this dilemma with others, it is agreed that it is decidedly not noticeable. I still ended up with a pair of Coach reading glasses. Now, I say that they are Coach because I am truly a little too excited about the brand. See, I don’t own any Coach products, and the fact that my insurance was willing to aid me in becoming socially mainstream has me excited. It’s sad and materialistic, I realize, but it makes me want to wear them. That’s kind of the point.

Flashy glasses aside, I am comfortably numb on the left side of my mouth (from my morning dentist appointment) as I write this, but I am officially done visiting doctors. Now I can focus on more important things, like my wardrobe. Just kidding (kind of). What I really need to do is finish Assassin’s Creed so I can move on to Assassin’s Creed 2. Oh, I might also want to brush up on my Japanese. In the meantime, I’ve been working less than half the week, which leaves me with no excuse to get caught unaware in my preparations.

I’ve also been watching trilogies while I write and work. I wish I could say I am watching award-winning movies, but then I would be lying. I’ve been catching up on all the terrible movies of the last decade. That includes (but is not limited to) the Matrix trilogy, American Psycho, and the Underworld Trilogy. I’m such a big fan of sci-fi/fantasy movies, I felt it was finally time that I gave in.

Other then that, I spend a lot of time in my head. I think about all kinds of things. What I’m going to take, how much it’s all going to cost, what to do if something goes wrong. Ever since June of 2011, when I decided that I was going to set the plans into motion, life has moved at the speed of light… until recently. Now, with just four weeks left, my world has slowed to a crawl. It may be the amount of free-time I am suddenly faced with, or it might be the small part of me that doesn’t want to leave. I can’t really say. Luckily I’ve had a great companion by my side every day, Reese (pictured below). We run together, watch movies together, even take naps together. I’m definitely going to miss that little man. 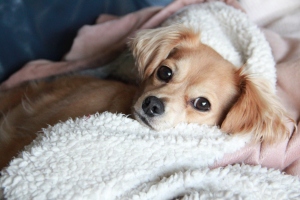 I often get asked if I am scared. To answer honestly, yes. I am scared to death. There is so much room for error, and I’ll be so far away from everything I know. At the same time, I am unbelievably excited. What really drove me to want to take this step was realizing that I didn’t want to find myself 80 years-old, wishing I’d followed my dreams when I had the chance and gone to live in Japan. I’m not a fan of regret. I’m going to close my eyes, and take the plunge. I just hope I’m really great at picking up the Japanese language. In the meantime, I just try to remind myself that this experience, for good or bad, will change me. Change, in my opinion, is a sign of growth and learning. That’s all I really need.

One thought on “Doctor Doctor”