Wow, what a ride. The last week and a half has been such a whirlwind! Please accept my sincerest apologies, I have not forgotten about you. Between GDC and moving to Japan, I don’t know which way is up anymore. Brace yourselves, this is going to be a long post! I promise to update more often from now on. My goal is a minimum of 2 posts per week. So, with that in mind, the only place to go is forward.

Where to start? I suppose GDC is a good place. I am so glad I decided to make this my send off to Japan. I got to spend two weeks in one of my favorite cities in the world, San Francisco, surrounded by people who love and care about me. For the first few days, I just plowed through my check list and went shopping with old friends. Once GDC hit, the world turned into a blur of colors. I made so many new friends this year, and I couldn’t have walked away happier than I am today. There were moments of sadness, where I realized that the place I’ve always known as “home” was no longer within my grasp. Some might call this homesickness. It was more than that. If you’ve ever seen Garden State, you’ll recognize this quote:

“You’ll see when you move out it just sort of happens one day one day and it’s just gone. And you can never get it back. It’s like you get homesick for a place that doesn’t exist. I mean it’s like this rite of passage, you know. You won’t have this feeling again until you create a new idea of home for yourself, you know, for you kids, for the family you start, it’s like a cycle or something. I miss the idea of it. Maybe that’s all family really is. A group of people who miss the same imaginary place.”  -Andrew Largeman

I’ve always loved that quote and now that I can assign meaning to it, I love it even more. It’s so true. Granted, I moved away from my parents when I was 18, but home has finally become a place I can’t return to. Well, not for a year at least. Anyways, that struck home mid-week of GDC. For anyone who noticed that I was down and made the effort to talk to me about it, thank you so much. Your efforts meant the world to me. I may not have been willing to talk to you about it, but your kindness did not go unnoticed.

Enough of the sappy stuff. I had such a blast at GDC. I didn’t party as much as I did last year, but that didn’t make it any less fun. I wouldn’t say I did it exactly as I was hoping to, but I feel like I came out on top. Unfortunately, I over-booked myself by making promises I wasn’t sure I could keep. If you know me well, that’s a big deal to me. Flaky is not something I have ever been called, for good reason. If I let you down at any point during GDC, I am truly sorry and I hope I didn’t cause you any grief.

This year, I got to work as a floater with the Conference Associates. This is kind of like a management position. It requires decision making, leadership and organization. I was blown away that anyone believed in me enough to let me try handling a job like that my second year. I tried to do my best, and I hope I lived up to the expectations of the staff. I loved every minute of it. More than anything, I love interacting with people and helping them resolve problems so they can walk away happy.

I met so many awesome people, making great connections and memories along the way. If you are someone new in my life, reading this, thank you for giving me the chance to get to know you! I can’t wait to see you next! I’m actually having trouble right now conveying how much fun I had getting to know everyone last week. I wasn’t exactly job hunting, but I still got great feedback on my work and feel inspired once more to try my hardest to make it in the game industry. Another reason I am so lucky is because, barring nothing unexpected, GDC will fall later in March next year, making it possible for me to return! Someday, I hope to give back to the industry, the way it has given to me and I won’t ever forget the little people who have helped me along the way.

After GDC I spent the weekend with my cousin, her boyfriend and my dad. We did all you need to do in San Francisco, plus some. I can’t list everything we did, but I will tell you, it was a great time. My favorite part was the trip to Napa Valley. Apparently, I’ve been drinking terrible wine. Who knew? Turns out, I actually like wine! I can’t believe it. It was really relaxing to visit Napa, where I got to meet a bunch of Samira’s (my cousin’s) friends, try great wine, and unwind after a crazy week. Thank you, Samira and Sam for letting me stay with you and showing me a wonderful time in San Francisco, as usual!

Tuesday was one of the craziest days of my entire life. I arrived at the airport with 2 hours to spare, only to find out that my flight to Japan had been “canceled.” After long wait on hold with Travelocity, I’m finally told that it was a mistake and I am OK. That’s cool and all but without a confirmed seat, American Airlines couldn’t do a whole lot for me after dropping me in LAX. The gate agent was super helpful in checking and prioritizing my bag, which turned out to a be huge help in LAX. He couldn’t do much beyond that, so wil 1 hout until take off, I went through security (after all kinds of hiccups along the way) and made it to the plane with minutes to spare. They even called my name over the loud speaker. To make matters worse, the plane got delayed a whole hour because they over fueled it in the hangar! They ended up kicking 30 people off to save on weight. It was crazy, I’ve never seen anything like it before.

So my plane was late 1 hour getting into LAX, which left me 50 minutes to get my bags, check-in with Singapore airlines and go through international security. Thankfully, Singapore was equally helpful. With 3 minutes to spare on the cutoff for checking in, I check my bags and the gate agent walks me through security to ensure I make my flight. At this point, I’m at my wits-end. Then, suddenly, everything goes swimmingly. Not only did I have an amazing seat (1st row, tons of leg room, window seat) but I also had no one next to me, and an awesome dude one seat over. He and I talked for just about 2 hours. His name was Jessie, and he is an independent contractor who spends about 2 months a year traveling to very remote places around the world. It’s super cool. He’s been just about everywhere. We talked about all kinds of things. I would love to be in his shoes! So many cities!

The movie selection was meh, but the staff was amazingly friendly. I watched 500 Days of Summer and Drive, both of which I’ve already seen, but they were pretty amazing for the second time. Wine and beer were complimentary, and I almost ordered some. Of course, drinking while flying is usually a bad idea, so I resisted. The food was amazing (I got Ben & Jerry’s ice cream!) as was every other aspect of the flight. Sadly, I only got to see the upper deck as I was leaving the plane, so no pictures. Same with the suites. It all looked amazing, though. The bathrooms had perfume, lotion, mouthwash, disposable combs, toothbrushes, and razors. It was nuts. If you ever get the option, fly Singapore airline, seriously.

Yoko-san was so nice to meet me at the YCAT bus and help me take my bags back. One of them even broke, to make matters worse. It was the newer of the two suitcases. Figures! Regardless, after all the mayhem, Yoko-san cooked me an awesome dinner and we caught up on four years of information. I can’t believe it’s already been that long since I was last here, but it doesn’t look different at all. She is even going to help me practice Japanese. Today is to-do lists and shopping, shouldn’t be terrible!

Well, sorry that was so long, but I hope you enjoyed it. I promised to get a few more adjectives in my next post to help you get more aquatinted with my new place, but for now, I’m tired of typing! That’s all for now, folks 🙂 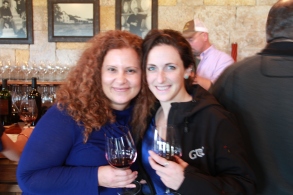 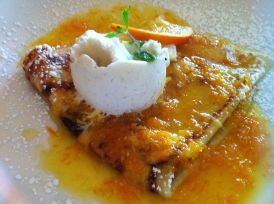 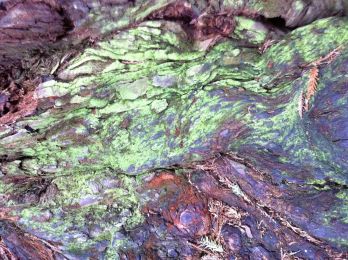 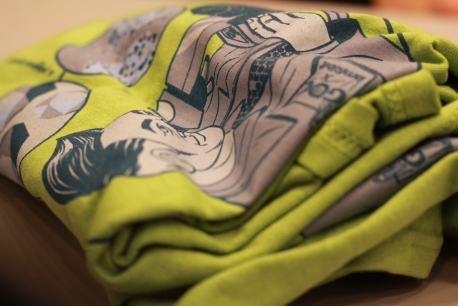 Dad brought me my Mass Effect 3!

5 thoughts on “Planes, Trains and Automobiles”