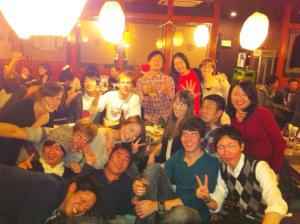 Kris has been planning a Christmas party for about two months now. With every passing party he throws, not surprisingly, more and more show up. This time we had a shocking 40 people at the izakaya (restaurant) which was sandwiched by 25 people pre-gaming and post-gaming at Kris’ place. The party started at 5:30pm and hadn’t finished at 4am when I finally called it a night.

The first leg of the party involved watching YouTube and enjoying a pot luck of traditional (and some non-traditional) dishes. I brought my usual (mashed potatoes) and a pot of my family’s traditional avgolemono soup. It was quite a delicious spread of food. I couldn’t resist snacking on the cheesecake and shortbread cookies. I’m assuming that’s why my pants were a bit tighter today.

At the izakaya we enjoyed chatting and drinking for about two hours. At the end, we did a crazy 20-second secret santa gift exchange. The idea was to just keep passing gifts until time was up. You’re then stuck with what you have. I lucked out with a great Moomin mug and tea. But, I can’t decide who got the best gift, Kris (a pair of fake boobs) or Taiki (a dirty Xmas magazine). Either way, everyone really enjoyed it and got some awesome (and strange) things.

The final leg was the after party. This was basically snacking on the cold leftovers and desserts, lounging in the bed with 6 other people (often tickling each other) while watching others arm wrestle, dance, or carry each other.

Overall, the party was a huge success. I probably got about 4 hours of sleep. That’s a sure sign of a fun party. 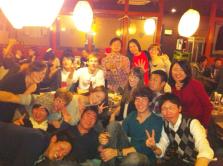 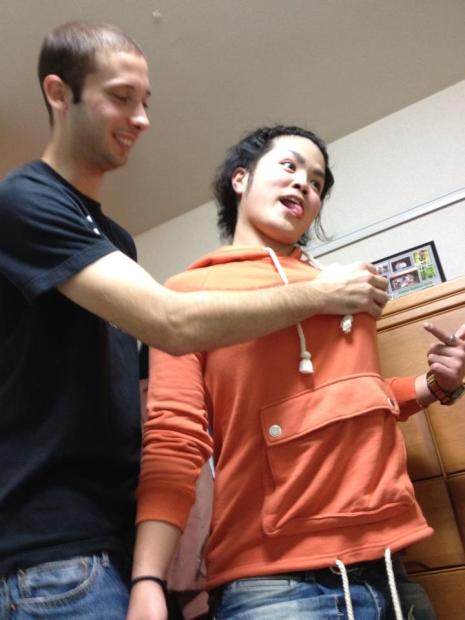 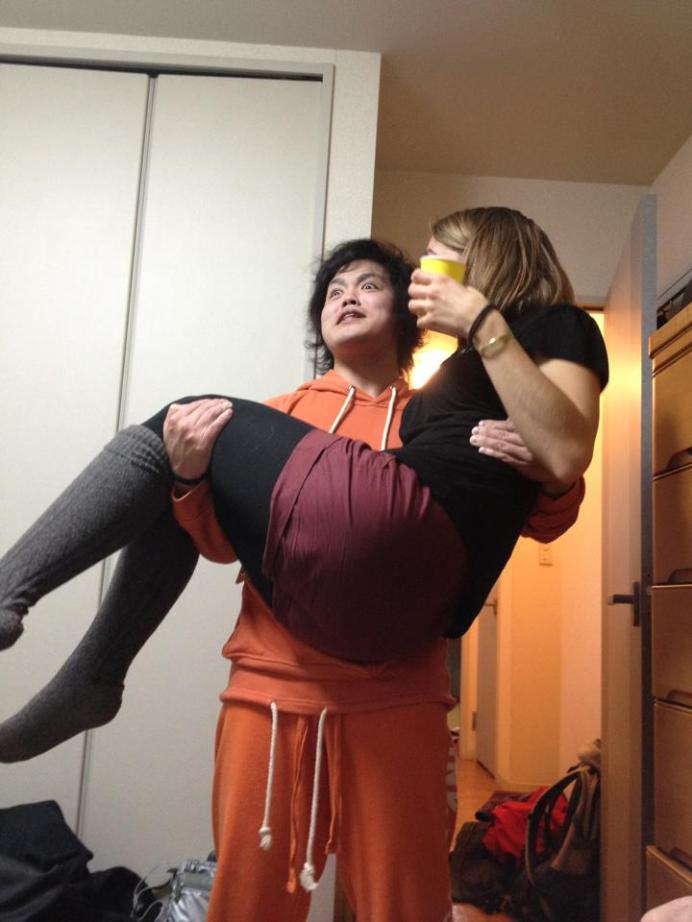