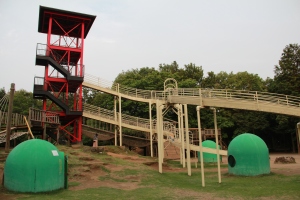 Saturday, many of the local ALTs got together for a good, old fashioned BBQ. The Japanese love to barbecue, but they do it slightly different. So, since it was Memorial day weekend and all that, we decided to skirt the social-norm for once, and have a nice, western-style BBQ. On the menu: Hamburgers, Cheeseburgers, Hamburgers in hotdog buns (when we ran out of burger buns), shish-kebobs, and, of course, yakisoba. Yea, we got as close to Western as we could with it.

The BBQ was at Navel Park, a very large Koga park. It had all manner of things to do, most importantly, a wicked playground. There was a zip-line, a rope bridge, two giant slides, and underground tunnels. Sadly, the tunnels were closed but I plan to return and utilize them for man-hunt. It was a park that made my inner child very, very happy. Two days later, my muscles are still recovering. 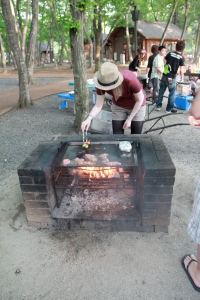 At the playground, we met tons of Japanese kids who had an array of questions for us. Not only that, but they wanted us to give them a push on the zip-line. All were adorable, and we were best friends by the end of it all.

Most of the evening consisted of playing on the playground, drinking, and catching up with (and meeting new) friends. Not to mention the yakisoba was amazing! Ok, confession. I cooked the yakisoba. But it was tasty!

By the end of the night, we’d even coined a new term “bro-modachi.” I’ll give you a hint, “tomodachi” means friend in Japanese. Yea, it’s corny. I know.

There are two random pictures in this album of the Starbucks terrace in Shibuya and the entrance to that building. It’s a new shopping area that just opened and it’s all the rage. Now if only I could remember the name. The Starbucks is definitely worth a visit if you are around. It’s on a rooftop with hanging chairs on a wooden deck with foliage. At night, there are lanterns all around giving it a very cozy atmosphere. It’s beautiful! My poor description doesn’t do it justice, so you’ll have to see for yourself.

On to my next big adventure! 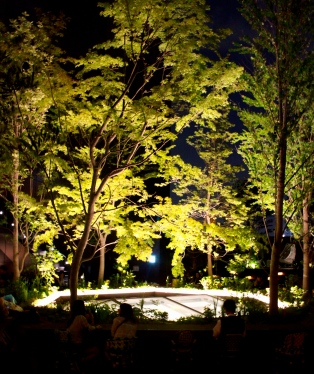 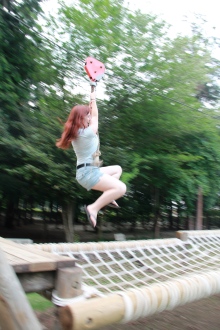 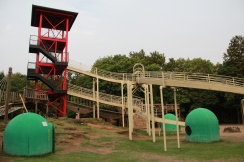 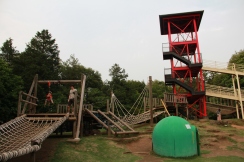 The green domes are entrances to the tunnels. 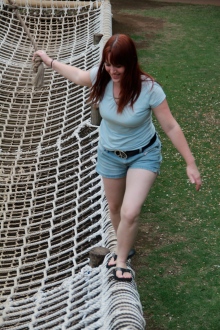 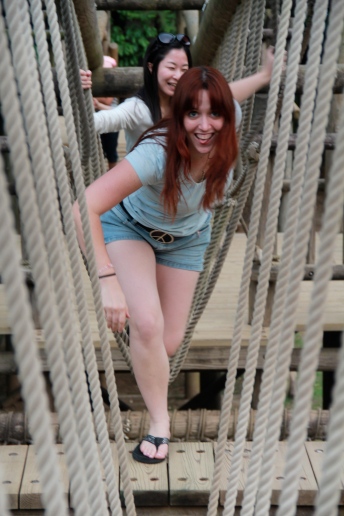 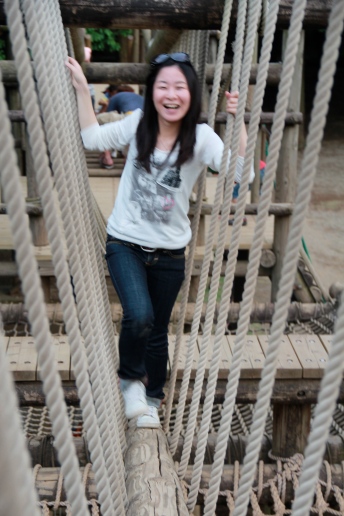 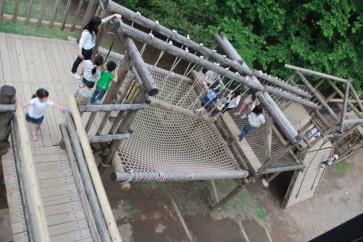 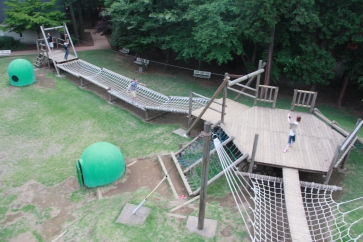 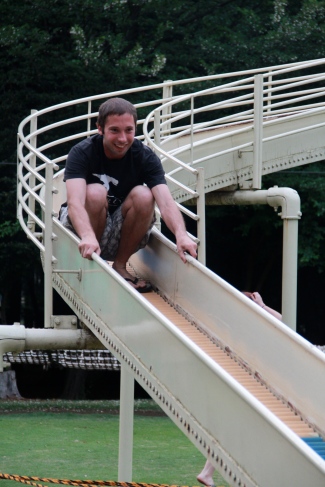 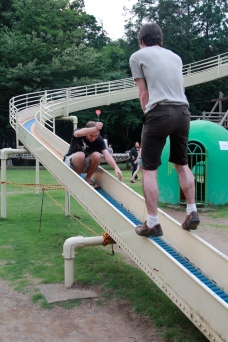 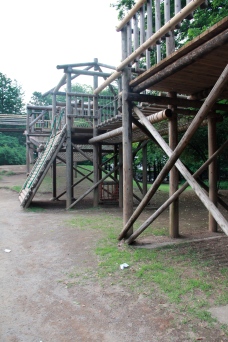 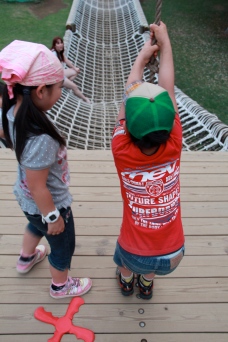 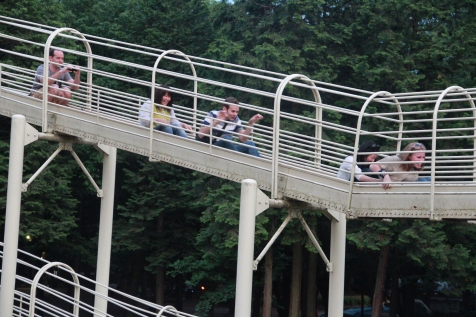 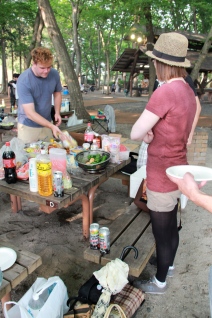 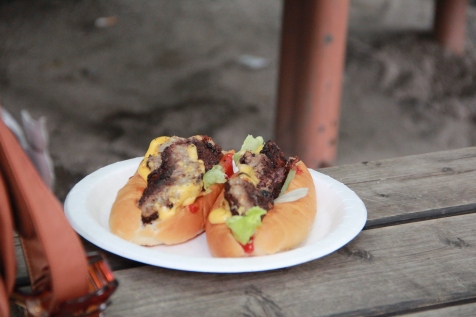 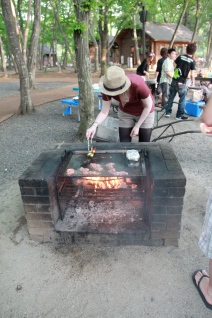 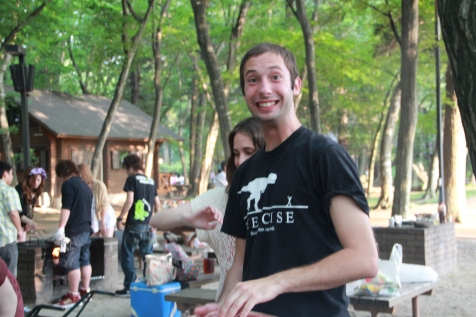 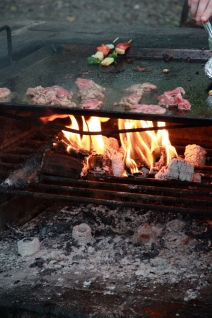 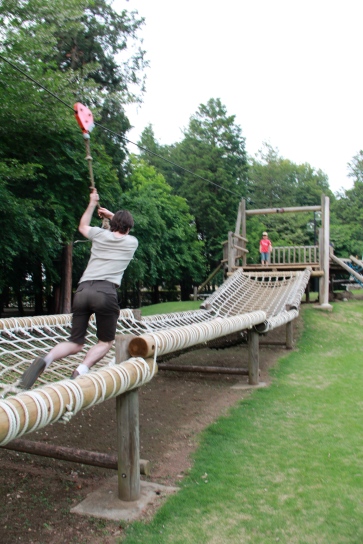 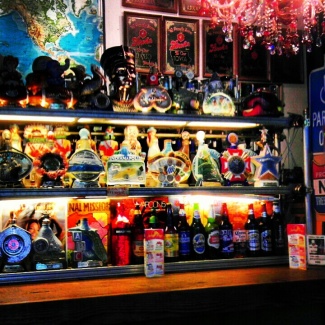 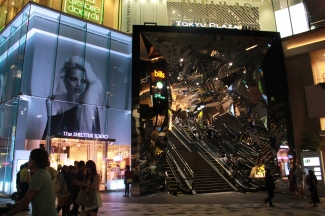 One thought on “Barbecue!”